Why we are calling on MSPs to support five motions in the Scottish Parliament calling for peace, justice and the implementation of sanctions against Israel

Five MSPs have lodged important motions in the Scottish Parliament as a response to the crisis in Gaza.

STUC has made a statement on that crisis here

The STUC has, for some years now taken the view that Israel should be subject to an international campaign of Boycott Disinvestment and Sanctions (BDS).

As we say in the introduction to our BDS campaign pack, it was a decision not taken lightly. Over a period of two years, STUC considered the issues; consulted with Palestinian trade unionists; listened to the views of the Israeli trade unions; and in 2009, organised a major fact finding mission to Israel/Palestine where the delegation spoke with dozens of peace and solidarity organisations.

“60 years of United Nations resolutions have not resulted in any progress for Palestinians in the Occupied Territories in Gaza and the West Bank – including occupied east Jerusalem. Israel’s continuing policy of building settlements in Palestinian territory is a violation of international law. These settlements are rightly classed by the United Nations as areas of military occupation. Over twenty thousand Palestinian homes have been destroyed by Israel since 1967 and a segregated road system is used in the West Bank to carve it into Bantustans limiting free movement, free association and economic activity.

Israel’s eighteen-foot concrete and barbed wire barrier “security fence” which is based on the expropriation of Palestinian land and the physical separation of communities has been declared illegal by the International Court of Justice and the UN. It deserves its increasingly common description as the “apartheid wall.”

There has been no improvement since 2009 in the situation in Israel/Palestine and for many thousands not least those who have been killed, been injured or been dispossessed the situation is worse.

The STUC joined the international community in condemning the horrific kidnapping and killing of the three Israeli teenagers  which is one of central the reasons cited for the current Israeli violence in Gaza.  It is far from clear that the claims made by the Israeli Government that the killings are linked to Hamas is true  and even if it were true, there can be no justification for the scale and nature of the current Israeli attack on the people of Gaza.  Equally, STUC has condemned the firing of rockets from Gaza into Israel, but neither does this justify the scale and nature of the so-called response.

Whatever actions we in the West might desire of the Government in Gaza and of the Palestinian Authority, it is inconceivable that peace can be built while the current injustices in Israel/Palestine continue.  The viability of an independent Palestinian state has been ceaselessly undermined by successive Israeli Governments and it is in the power of Israel and no other party to begin to right the wrongs of generations, starting with the dismantling of illegal settlements and sitting down to negotiating a just peace based upon United Nations Resolutions and international law. 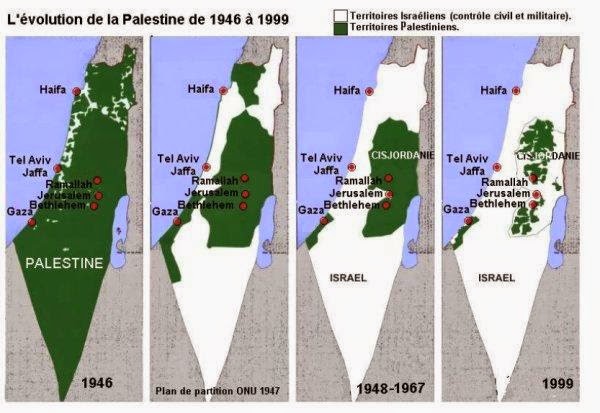 We desperately need a ceasefire, but a ceasefire can only be temporary until fundamental injustices are addressed.

There are many examples of national oppression across the world whether within or between states.  STUC condemns all such incidences and actively campaigns against many of these injustices.

It is sometime, therefore asked of us, why Israel/Palestine continues to be a priority and why it is Israel rather than other countries upon whom we argue that BDS should be applied.

There are a number of reasons.

1)    The United Kingdom has a particular historical responsibility in the area.  As the former colonial power;  the author of the Balfour Declaration and the party to the 1948 partition, it must play a positive role in fostering peace.

2)    The UK does not play this role.  It continues to have a military relationship with the Israeli state and fails to argue in a consistent manner for the upholding of international law.  Whilst we might have certain tactical and policy differences with the UK Government over its stance on China, or Iran, Zimbabwe, Syria or other countries where human rights abuses are common, we are generally both on the same side in condemning repression.

3)    Because the UK and many in the international community do not take effective action to force Israel to contemplate a just peace, the situation in Israel/Palestine becomes ‘normalised’.  Settlements which are illegal under international law are just described as settlements, the ‘separation wall’ is described as a ‘security wall’ etc.  As the situation becomes normalised and people begin to accept that ‘that’s just the way things are over there’ the prospects of justice and peace diminish.

4)    However distant a prospect achieving peace and justice might be.  A just peace in Israel/Palestine could be the catalyst for achieving wider peace in the region and across the world.

5)    As a democracy, at least for the majority of Israeli citizens, and in its desire to normalise the situation in Israel/Palestine, the Israeli state can be pressured through a targeted BDS campaign and the efforts of the international community to return to the negotiating table in pursuit of a lasting peace, but only if the pressure increases.  This pressure must be political, economic and cultural.  It must, as priority, begin with the cessation of the sale of all military equipment to Israel.