The IMF is never wrong...really?

I blogged a while back about the rapidly growing disconnect between IMF endorsements of its member states' economic strategies and the findings of its current research; the IMF World Economic Outlook published in October 2010 had included a long and serious demolition of the Coalition's 'contractionary fiscal policy is expansionary' (cuts are good for growth and jobs!) argument but, when asked directly, IMF representatives tended to strongly back the Government. And, as we all know to our cost, any endorsement by an international institution is repeated ad nausuem by Gideon and co.

Well, the IMF has just published the latest issue of its quarterly magazine Finance and Development which contains a number of articles (precis of research papers) which are, to say the least, challenging to the coalition's worldview.

Consider 'Painful Medicine' by Daniel Leigh, Laurence Ball and Prakash Loungani which has already been helpfully summarised by Paul Krugman. Building on previous IMF research this explodes the carefully cultivated myth that fiscal contraction (cutting public spending) is good for growth and jobs. It finds that:

1) cuts are bad for incomes and jobs 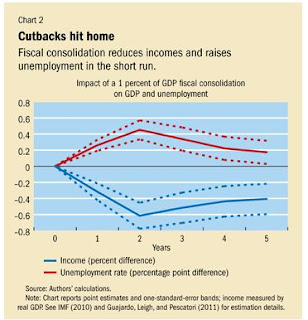 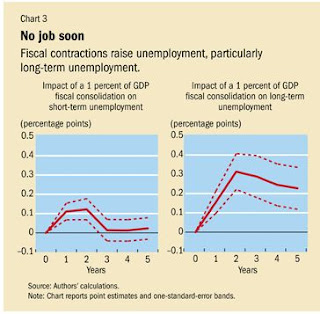 3) cuts hit labour much harder than capital (an aside - snipping tool, I love you) 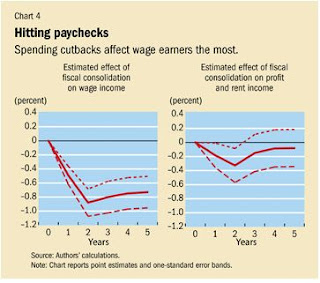 The paper repeats an argument that the STUC has made consistently over the past couple of years and which has never received a proper response for the Michael Moores and Danny Alexanders of this world: that the various mechanisms (currency depreciation, interest rate cuts, global boom) that have allowed countries to grow and create jobs while cutting spending in the past are not available to the UK in 2010/11-

"The reduction in incomes from fiscal consolidations is even larger if central banks do not or cannot blunt some of the pain through a monetary policy stimulus. The fall in interest rates associated with monetary stimulus supports investment and consumption, and the concomitant depreciation of the currency boosts net exports. Ireland in 1987 and Finland and Italy in 1992 are examples of countries that undertook fiscal consolidations, but where large depreciations of the currency helped provide a boost to net exports.

Unfortunately, these pain relievers are not easy to come by in today’s environment. In many economies, central banks can provide only a limited monetary stimulus because policy interest rates are already near zero. Moreover, if many countries carry out fiscal austerity at the same time, the reduction in incomes in each country is likely to be greater, since not all countries can reduce the value of their currency and increase net exports at the same time".

And it doesn't stop there...this issue of F&D also includes a short piece, 'Unequal = indebted', Kumhof & Ranciere, drawing attention to the association between high levels of income inequality and high domestic and foreign indebtedness. Inequality as a proximiate cause of financial crisis is an issue the STUC has consistently raised and one these IMF economists have published on before. 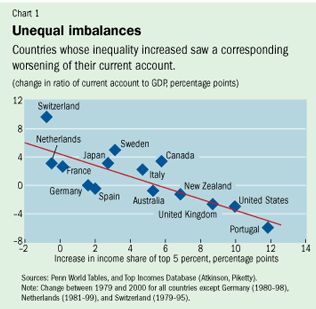 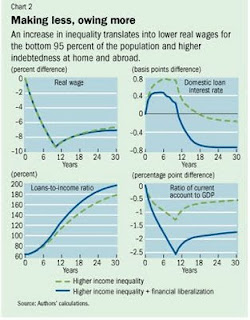 Tell me, how often have you heard a UK politician talk about rising income inequality as a contributory factor in the financial crisis?

So, if you ignore the endorsements of bad policy presented for purely political reasons, the IMF is sometimes actually worth listening to. After all, they're never wrong are they?