Michael Franti is best known as a political activist and musician. His song ‘Television: The Drug of the Nation’, was widely hailed as a groundbreaking mix of political rap/rock. He originally recorded it in 1988 with his first group The Beatnigs and then re-recorded it with his next band The Disposable Heroes of Hiphoprisy. U2 brought the song to prominence by using it as the intro on their Zoo TV tour. In 1994 he formed a new band - Spearhead which had more of a soul and funk influence, while remaining political.

In 2004 Michael Franti decided to visit the Middle East to see with his own eyes, the human cost of war. He undertook the trip with a group of friends, a camera and his acoustic guitar. On returning to the USA he edited the footage into a film and encouraged fans to organise screenings in cinemas, in community halls and in their homes.

‘I Know I’m Not Alone’ is that award winning documentary, the filmmaking process resulted in the album ‘Yell Fire!’ which was also the soundtrack to the film. The title of the film is also the name of one of the tracks on the album.

I Know I’m Not Alone (website, with lyrics and background info): 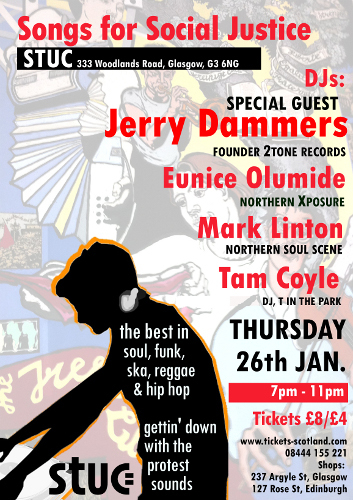 Email ThisBlogThis!Share to TwitterShare to FacebookShare to Pinterest
Labels: Songs for Social Justice, there is a better way