The White Paper pledge to significantly increase childcare provision is a good thing.  Critics have suggested that there is nothing to stop a Scottish Government implementing such a policy now, under existing powers, and that is true.

It is however also true that if under existing powers the Scottish Government currently wished to raise taxes in order to significantly lower the cost of childcare for parents, there would be something of a negative incentive.

Basically, cost of provision is 100% borne by Scottish taxpayer.  Increased labour market participation would generally benefit Scottish economy but some of the specific advantages  (fewer benefit payments more and increased tax take) would accrue to the Westminster and only a proportion of this would end up back in Scottish Government coffers.  The greater the level of fiscal autonomy the smaller the disincentive.

But this would chiefly be the case in circumstances where Scottish taxes were raised above the UK average in order to fund the policy.  And that's not what we heard form the Scottish Government today.  To genuinely aspire to the Nordic model of childcare cost/labour market participation, tax as a share of GDP would have to rise.  Here are a couple of graphs, indicative rather than exactly comparative, to make this point. 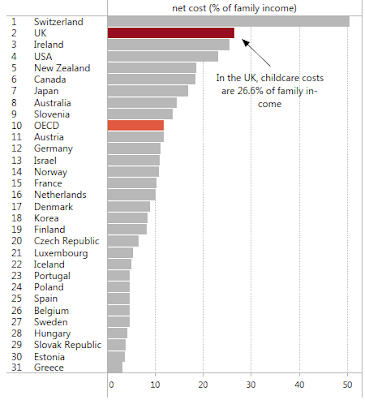 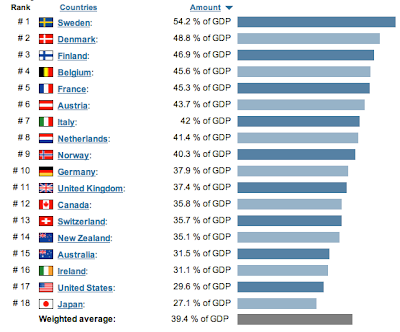